Since then, the relationship has strengthened significantly giving Roots a firm foothold in the Italian agricultural market.

This exclusive binding agreement commits Cairo & Doutcher to sell a minimum of five Root Zone Temperature Optimization (RZTO) systems during 2020. Further to that, over the course of the following three years, Cairo Doutcher have agreed to increase sales of the RZTO systems by 100% per year from €500,000 during 2021, to €1 million in 2022 and €2 million in 2023.

Putting that in an Australian context, Italy could be a lucrative market worth A$3.2 million annually in as little as three years’ time.

According to The Italian National Institute of Statistics (Istat), Italy is in the top three European countries for agricultural production, with fruit and vegetables, viticulture and olive crops the main sectors of Italian agriculture.

Italy is Europe’s main supplier of vegetables, slightly ahead of Spain.

This, like Roots’ recent focus on cannabis, is a highly strategic move intended to boost sales and expand its global footprint.

Should the agreement hit all its targets, Roots would become an ag-tech force in Europe and could capture the attention of other agricultural players across the continent.

With that in mind, let’s take a closer look at the latest news. 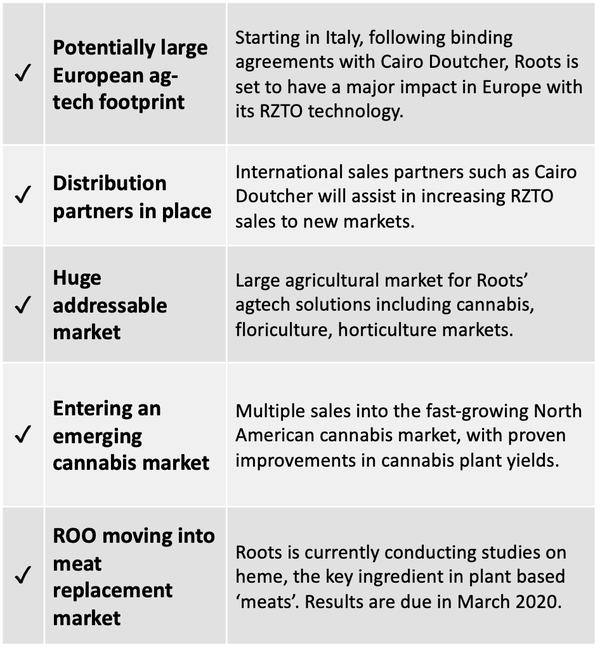 Roots Sustainable Agricultural Technologies Limited (ASX:ROO) continues to build on its international partnerships, but one partnership in particular is shaping up to be quite lucrative for the company.

Under the LOI, Roots installed its hybrid ground source heat exchange system combined with a heat pump to improve crop quality and increase yields for herbs and flowers at Cairo & Doutcher’s growing facilities in Southern Italy. 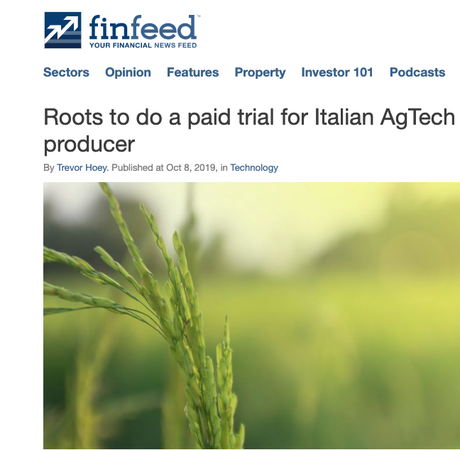 The Italian producer is an early adopter of agricultural technology, utilising innovative cultivation techniques to improve the quality of its pomegranate, mango, avocado, herb and flower crops.

With that in mind, it is no surprise Cairo & Doutcher found a need for Roots RZTO technology to help grow its crops.

Cairo & Doutcher has since stated its satisfaction with the effects of the RZTO system and even attracted the attention of the Italian minister of Agriculture.

Up to three additional demo installations for other crops are now on the cards.

A further benefit of this collaboration is an exclusive multi-year purchase and distribution agreement in Italy – the subject of today’s news.

The latest agreement with Cairo & Doutcher

ROOTS has signed an exclusive binding agreement with Italian distributor Cairo & Doutcher for RZTO systems that could net it €2 million, or A$3.2 million a year in 2023.

Cairo & Doutcher has been around since 1996, when it conquered the Italian market by becoming a leader for the production of Gypsophila (commonly called "mist") with a variety of the plant named Million Stars.

The company is famous for combining traditional knowledge with technological development and has carefully followed technological innovations in the agricultural and nursery sector.

To maintain exclusivity in relation to selling the RZTO system Cairo & Doutcher must build up sales of the RZTO system over a three year period, with incremental growth expected each year.

Dr. Sharon Devir, Roots co-founder and director said, "This binding distribution agreement is a testimony to the viability of RZTO technology and the interest it generates around the world. Italy is an important agricultural producer for the EU and it’s a versatile market with great potential for roots RZTO’s technology.”

Roots is confident it can “produce significant sales” and expand its footprint in this territory.

Italy is the third-largest economy in the euro-zone, with a GDP estimated at €2.3 trillion and a per capita GDP of €38,200.

Agriculture is one of Italy's key economic sectors.

In 2017, Italy’s agricultural industry was penalised by unfavourable weather trends, however in 2018 Italian agriculture regained a positive role in contributing to the national economy.

That role has continued to rise. In fact, as stated earlier, Italy is in the top three European countries for agricultural production with fruit and vegetables, viticulture and olive crops the main sectors of Italian agriculture. 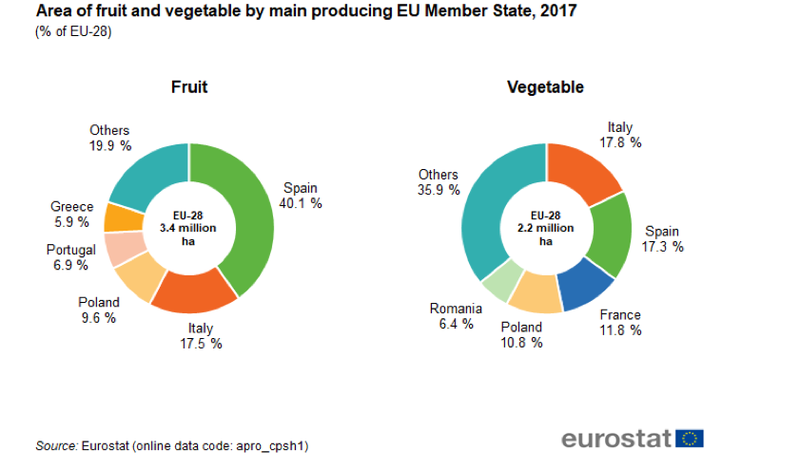 Italy is the main supplier of vegetables to the broader European community, which makes this region and Roots’ relationship with Cairo & Doutcher vitally important.

Not only could it bring in important revenues, it could open doors to the broader European agricultural market.

While Roots has a big focus on the cannabis sector, it shouldn’t be forgotten that its RZTO technology could have a significant impact across the entire agricultural industry.

You can read about Roots latest innovations in the cannabis sector in our previous article: Roots Makes 2020 The Year of The Cannabis Deal.

Roots has important partners in the cannabis space, which is important considering how fast the industry is growing.

However, traditional agriculture is another beast altogether.

Roots is already making waves in this sector and as its relationship with Cairo & Doutcher strengthens, we could see this Australian listed ag-tech junior step into the limelight to become a prime player in Europe’s production of all things fruit and vegetable.