This is what ONE investors like us have been waiting for.

Today OneView Healthcare plc (ASX:ONE) launched the world’s first and only cloud-based care experience platform for hospitals - this is a big deal.

ONE is a health tech company that provides hospital patients a “virtual care and digital control centre” at their bedside to deliver the best possible patient experience during their stay.

ONE is the biggest initial investment we have ever made, and is our Tech Stock Pick of Year for 2021. You can also read the Top 10 Reasons we Invested in ONE here.

In summary - We invested in ONE as our Tech Pick of the Year for 2021 because it has spent years and $$$ perfecting its tech and refining its sales strategy, has partnered with Microsoft and Samsung, and with $7.8M Annual Recurring Revenue and was probably the most undervalued stock we had ever seen...

Until today, ONE’s tech needed to be installed on custom servers that had to be set up inside a hospital - a HUGE barrier and general pain in the butt when trying to get an enterprise tech sale across the line.

Enterprise sales is tough and the fact that ONE has already ground out $7.8M of Annual Recurring Revenue under this on premise server model from 9,259 hospital beds was one of the key reasons that attracted us to make such a large investment in ONE.

Here is why we think ONE’s new cloud offering is going to turbocharge growth of new hospital clients, hospital beds and recurring revenue for ONE.

Aside from investing in and writing about ASX stocks on the internet, a couple of us spent many years in tech startups. One of them is going very well - so we are confident that we know a good thing when we see it, which is why Next Investors invested so much in ONE and are holding for the long term.

Today’s newly launched ONE cloud platform has removed the need for an on premise server and allows ONE to make new sales way faster and easier for hospitals.

It’s the equivalent of now being able to turn on a tap to get drinking water at your house instead to having to build your own water well and piping system in your backyard.

ONE’s new cloud platform will allow them to launch a selling technique called “land and expand” and we will be watching closely over the next few months for early signs of success.

“Land and expand” basically means to LAND a customer by making a fast, small sale that is easy for the customer to execute (everyone loves fast and easy) and after the new customer sees how awesome the product is and they are happy, they can EXPAND it through their organisation (this is where the increased revenue comes in) - it’s a win-win for everyone.

To use the previous analogy, hospitals can now quickly and easily sample some delicious water out of a tap before they decide if they like it enough to use it everywhere - where before they had to build a water well to even test if they liked the water.

ONE has also recently added a couple of new key sales executives who are now armed with this new land and expand model and are no doubt hitting the phones as we speak...

Here is our take on why ONE’s new cloud platform launch and “land and expand” selling tactic is such a big deal:

First - The difficulty with selling Enterprise software to big organisations

Selling tech to hospitals is like selling to governments, airports or utilities - it takes ages, even years - it's very hard to get your foot in the door as these are complex organisations and are resistant to change.

You have to deal with the CEO, IT department, stakeholders etc and it’s usually a 12 to 18 month sales cycle... so you might as well go big and try to sell a huge amount of tech to make the time and effort worthwhile, which makes the deals expensive for the organisations too.

BUT - if you manage to convince these organisations to buy your tech they become VERY long term ‘sticky’ customers (because they are resistant to change).

Again, the fact that ONE already ground out $7.8M of Annual Recurring Revenue from 9,259 hospital beds was one of the key reasons that attracted us to make such a large investment in ONE - they have proven they can execute complex enterprise sales to large hospitals.

But we expect ONE sales are just about to get a lot easier...

How is the cloud launch going to help with this?

Years in the enterprise sales market has allowed ONE to really understand the best way to speed up the sales process which has been baked into today’s newly launched cloud offering.

We think this easy entry and “land and expand” model is a great development - compared to trying to nail giant deals that can take 18+ months and require complicated procurement processes for the hospital.

Starting today, ONE’s sales team will be able to knock on the door of a hospital and say:

“Hey, do you want to quickly try ONE’s tech on 20 of your hospital beds and see if you like it? It won’t cost much and we can be up and running in a couple of weeks - if you are delighted with the result you can expand to 2,000 beds - just sign here and we can start.”

Now I’m no hospital CEO but I’ve seen enough ER shows to know that this sounds like a no brainer given how busy hospitals look and that any quick win or low impact way to try something will be winner compared to the traditional way of selling enterprise software where the conversation goes something like this:

“Hi, we have this great tech but you will need to set up on premise tech infrastructure and a server and it's going to take 12 to 18 months before you can see the product live in action so you should probably buy a lot of it... And then you might not even like it”

Sounds hard - We also note that ONE is the first and only care experience that is in the cloud, which means while ONE’s competition is buried in the hospital’s server room with a tape measure trying to see if their server will fit into the rack before they can even submit a proposal... ONE will already have quickly rolled out their tech to a few beds as a test, and the positive patient feedback will be the best sales tool to convince the hospital to expand.

So what happens next - what should ONE investors look out for?

As long term investors in ONE we are watching very closely for:

These are the two metrics that will determine how successful ONE’s new cloud strategy is.

We anticipate that ONE will announce news on both metrics as time passes.

We are eagerly waiting for this news, as we believe these are the two drivers for the share price to rerate again.

SEE ALL OUR ONE COMMENTARY 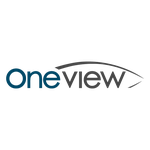