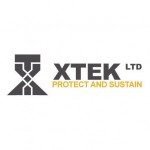 If there’s one product that has the wings to span both the consumables and industrial markets, it would probably be drones.

Drones, are the new kids on the block going on sale to the mass public over the past few years…

… but their real value is most likely to be found in commercial environments such as urban planning, domestic security and military reconnaissance.

XTEK (ASX:XTE) is already supplying the Australian Defence Force (ADF) and as well as drones, is working hand-in-hand with the US Department of Defence on body armour technology of the future.

In 2016, XTE is keen to ramp up sales in all aspects of its business.

Its proprietary XTclave and XTatlas technologies, including its unique mapping capabilities are set to revolutionise how people plan their property redevelopment, how architects engage large projects, how law enforcement handles public disobedience, how military personnel conduct military operations and how the public could soon be taking delivery of their shopping.

XTE may be a relatively small multi-niche defence contractor, capped at just $8MN…

… but pound for pound, XTE makes one of the strongest cases to be getting into Defence right now.

At the same time, XTE is still a minnow in this space, and a speculative tech stock. There is no guarantee an investment here will be successful.

Homeland security technology company XTEK (ASX:XTE) is poised for a sharp market re-rating as the market minnow has been selected as the preferred tenderer for small surveillance drones by the Australian Defence Force (ADF).