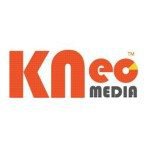 Whilst video games are a lot of fun, many are aimed at teenagers with a penchant for killing zombies. These aren’t the most educational games and certainly have no suitability for children.

The thing is kids love to play games and at the same time they love to learn, which is why the education entertainment market – also known as edutainment – reported $2.6 billion in revenues last year, which is expected to surge to over $7 billion in the next four years.

Clearly it is a growing market and it’s why KNeoMedia (ASX: KNM) through its KNeoWorld game has launched into US, UK and Asian markets.

Recently KNM released its KNeoWorld iOS Apple app in the US, opening up a significant new revenue stream, whilst delivering a further sales channel through US Parent Teacher Associations.

KNM has a strong relationship with US schools. Its New York based sales team is currently focusing on 50 advanced school enquiries into sales as the company looks to secure Borough-wide implementation of its platform across those schools.

The numbers look good so far for KNeoWorld’s roll out in New York, with In excess of 2000 licences for the KNeoWorld games-based learning portal ordered, across 7 schools, between April and December last year and two more to begin 2017.

If KNM continues to make further ground into the US school landscape, as well as pick up more sales from its iOS app, 2017 could look as bright as a KNEoWorld cartoon.

What are the top two objectives a parent looks for when buying something for their primary school-aged children to play with? Something educational and interactive that’s good for them and their development.

KNM to Ride the Rise of $2.3BN Edutainment Sector?

What do Google & Nickelodeon Have to do with this ASX Listed Company?

MMJ Emerging from the Storm as Cannabis 2.0 Gathers Momentum